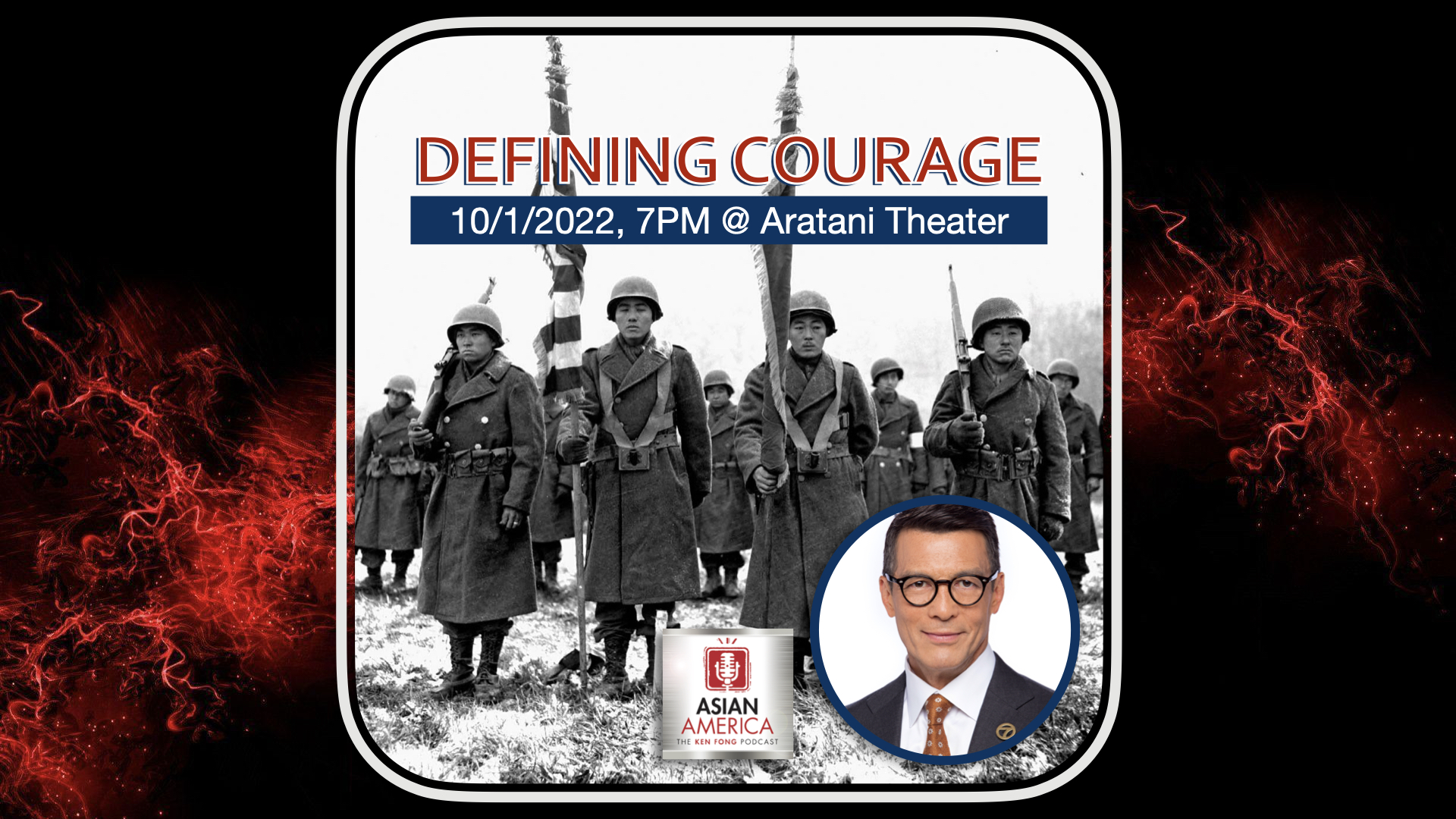 Filmmaker and broadcast journalist David Ono has created something that defies well-known descriptions. His “Defining Courage” is a tribute to the courage and patriotism of the Japanese American soldiers who fought and died during World War II, even as many of their family members were unjustly imprisoned in desolate prison camps. Combining his live narration with cinematic drone footage of five storied battlefields, accompanied by a choir and musicians, Ono humanizes the stories of those who served in the 100th Infantry Battalion, the 442nd Regimental Combat Team, and the Military Intelligence Service (MIS), while taking us all on an emotional journey to the places where so many lost their lives.